Did you see one of the Official Selections and want to learn more about the film and filmmaker?  Watch the FILA 2020 Q&A for that film! 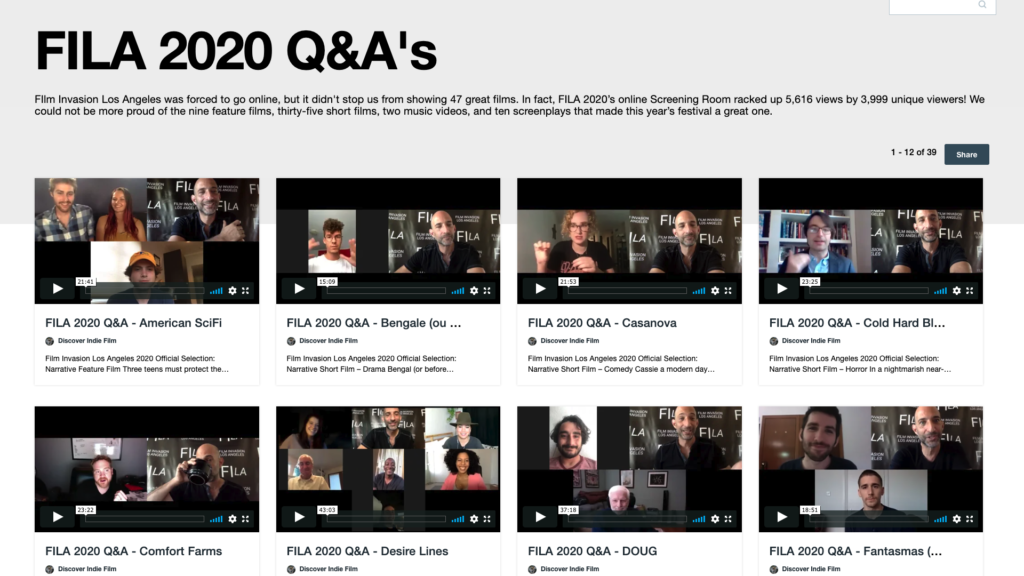 Grand Jury Prizes – determined by the festival’s official selection committee.
Audience Awards – determined by highly scientific instruments placed throughout the theater to determine audience satisfaction.
Filmmakers Awards – given only to short films, these are determined by a panel of fifteen filmmakers whose films have been Official Selections previous years.
Programmer’s Prize – given to film(s) that festival programmer Jeff Howard cannot bear to see go without an award. These are generally films that were runners-up in a bunch of categories and their general greatness deserves an award.

Nearly all of FILA 2020’s Official Selections will be viewable for one week right here in our Screening Room.

If you’ve been following FILA 2020 you might know that we had planned to run Livestreams with Live Q&A’s for our screenings. After many tests, we learned that there was too high a possibility that there would be freezing and stuttering of the films. To present the films in the best possible manner, we are pre-recording Q&A’s and then presenting feature films and blocks of short films followed by their respective Q&A’s in the FILA 2020 Screening Room.

We know that most viewers will come to see the work of someone that they know, but Team FILA can guarantee that if you stick around and watch some of the films you never heard of you are going to see terrific, well-made movies.

We hope everyone enjoys the 2020 Festival that had to be online instead of at the theater. We hope to see you at the theater next year!