On a road trip with her best friend, Valentina is finally given the space and support necessary to process the grief and guilt she carries in association to her boyfriend’s suicide.

A conflicted adult film actress attends a meditation group and mixes with an offbeat clientele and their troubled guru.

Kiko, a Japanese illustrator on assignment in France, gets suddenly overwhelmed by a strange inspiration, while she realizes she’s been spying on a gay couple on the beach next to the chapel where she’s working. Obsessed by such a vision, she will spy on those men and draw them secretly. This will slowly push her towards an encounter that will change her life and breaks her social rules.

As an aspiring immigrant actress tells her story, it is soon unveiled what she herself is not aware of – that she was taken advantage of and lured into isolation from the bustling life of Los Angeles. Something disturbing and tenebrous is hidden under the layer of her seemingly normal life.

Ren is a young rhythmic gymnast vying for a spot on the National team. From her brash coach who demands perfection to an uncle who asks far too much of her, Ren’s life is both a performance and a test.

On just a normal weekday evening of preparing a family dinner, a Suburban housewife’s life slowly falls apart as her worst nightmare for each member of her family comes to fruition.

A nostalgic painter struggles to hang the last remaining painting of his long lost love… until he is struct with inspiration that may finally reunite them.

In the not-too-distant future where the word freedom is illegal, a divided father must choose between performing his government duty or saving his family.

Two jewel thieves, on the run from their old business partner, find themselves stuck on a deserted highway with a flat tire after stealing his take from a recent heist.

In San Francisco where homelessness is rapidly growing, a young woman travels the streets in search of a home and independence, but discovers that comfort is not always a place. 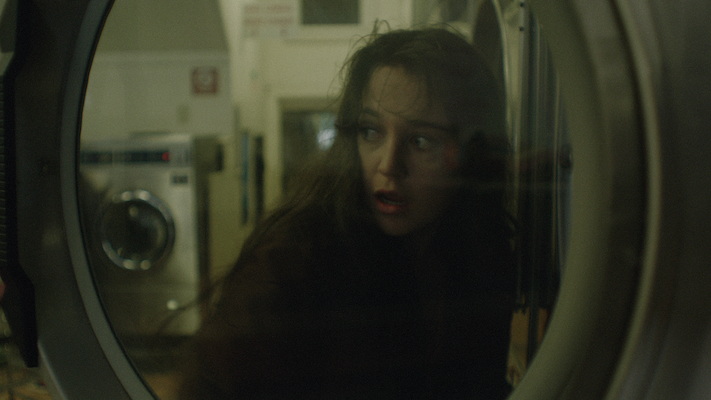